This post is long overdue.  Things, life, stuff, get in the way of posting consistently but Sunday was a HUGE day for me.  It all started at my weekly meetings with my Radiation Oncologist Dr Jerry Jaboin.  He had a friend. Jeff, coming to visit and promised Jeff they would go mountain biking.  Jessie and I LOVE to host people and show them around so I could not resist saying I would take them to Sandy Ridge.  When I found out Dr Jerry has never been that reaffirmed my offer.  I love that place and love to show it off.  The timing was perfect as it was a week after my radiation and chemo treatments ended.  Just enough time to rest up and recover a bit.  I contacted Steve and Scott and said it is time to ride.  I figured if I could not ride, Steve and Scott could show Jerry and Jeff around the trails.

I had a simple goal, go to Sandy Ridge – Ride up to Flow Motion, hit Lower Hide and Seek, and call it a day.  The climb was so much easier than I expected.  It was pretty squirrely going up the trail to the downhill part of Flow Motion due to my vision issues but the ride down went well.  I have never really gotten Flow Motion dialed in so I took it pretty easy but it was hard to avoid the fun jumps.  Steve and Scott rode ahead to take pictures of my “return” and it was pretty cool to be back on a mountain bike 81 days after brain surgery.  Honestly, at times, it was hard to concentrate because I kept thinking, dude, two and a half months you had brain surgery….

I still remember asking Dr Dogan when he said we are going to cut the tumor out; would I be able to ride?  He said not right away but in 3 months you should be able to.  Nice that he was wrong and it was less than that 😛

Lower Hide and Seek went much better as I could do that trail in my sleep.  It was less looking and more feeling the trail and it felt good.  Riding my mountain bike is much more comfortable than riding any other bike I own.  Even being on the new bike I am at home and that acclimation happened so quickly.  I have only ridden it twice before, the last time being Sunday before my vertigo attack.  I attribute my ability to ride so well as 80% bike 20% me.  That bike just rips!  Thanks Steve for talking me into buying it.

Once we finished I was tired but so jazzed I wanted to do it again.  Huge hugs from Steve and Scott added to the excitement.  Jeff and Jerry had huge smiles and were up for another go.  Off we went and did the same loop.  The second time the fatigue had set in a bit more so caution was high but I let if fly a bit on some of the jumps.  Before we started I predicted when we finished Dr Jerry would say, I am hooked, can we go next week.  Looks like I was right…..

Friday was another big day as I was finally “diagnosed” as to the cause of my vertigo.  I saw Dr Jeffrey Brown, he is an Otoneurologist.  They specialize in neurologic inner ear problems.  He diagnosed me with Vestibular Neuritis or Neuronitus.  Sept 8th I go in for more tests to determine the extent of the damage.  Fortunately, through my internet research and a comment from my primary car doc I had already come to that conclusion. I was referred to a vestibular rehab PT two weeks ago.  I have exercises I do twice a day to help regain the function of the deficit from the nerve damage in my left ear.  I attribute those and continuing to work out with my ability to get back on the bike again.

If it was not for the neuritis issue the riding would not be a problem as I feel great.  Nowhere in condition before all this happened but that is slowly coming back.  My first race is scheduled for Sept 7th and I don’t see anything preventing me from racing.  We plan to ride up at Sandy again this weekend so well on the way to some normalcy in life. I will enjoy it while I can!!!

Thanks to Steve, Scott, Dr Jerry and Jeff for making it a great day!

Funny thing looking at the pictures below, you can see the top one was first and maybe the second or third banked turn on the trail.  You can see I am low in the turn and pretty upright.  Still pretty tentative at this point. 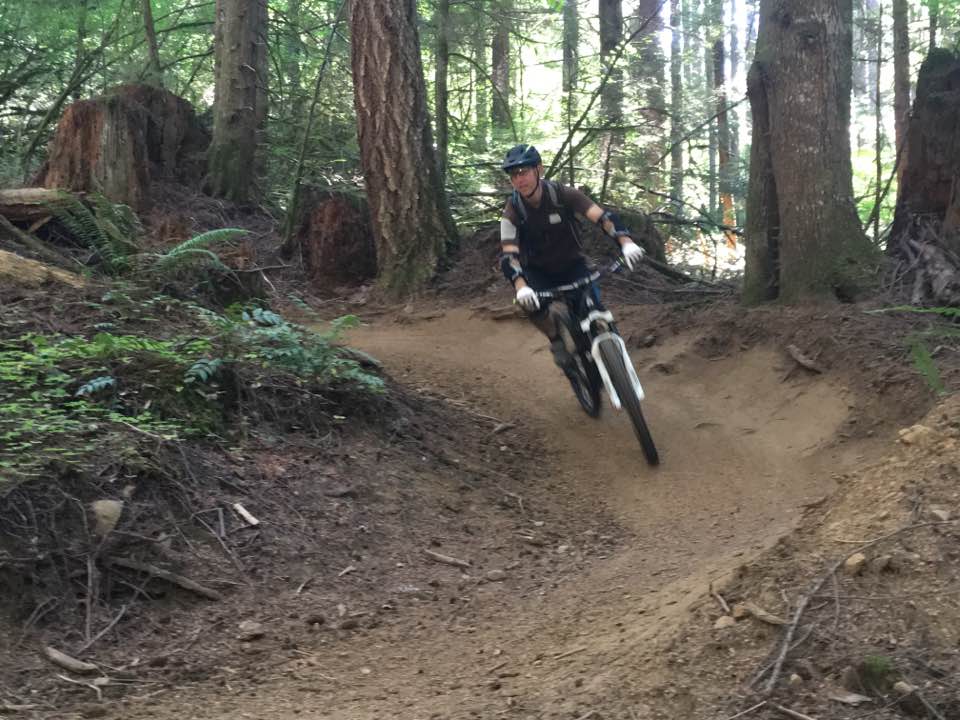 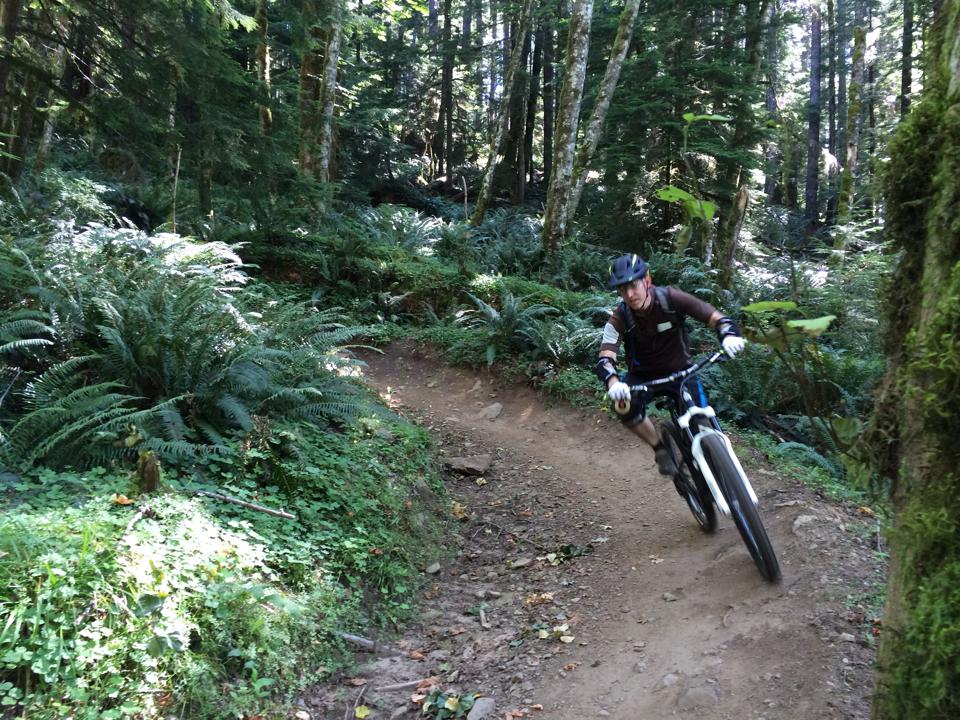