So after our Day 3 adventure we wanted to wrap that area up.  Plus we wanted a quick and easy to get to hike and I was thinking of doing something short as I road the trainer for an hour while Jessie went to Dance Class in the morning.  We headed out at 3 in the afternoon to complete the Jay trail at the Audubon Society as we did not realized a when we were there on Wednesday that it did a full loop around the preserve.  It was a great trail and there was almost no one there.  The sun was out with a few puffy clouds and we had nice tree cover so it was still pretty cool.  When we were there the birds were away.  The center was still closed but Ruby, the local Turkey Vulture, was out.  So we got a better picture than Wednesday.   On the loop Jessie found a perfect tree to fit into and I found a nice clump to climb on (pictures below).

After completing our loop we headed across the street to Collins Sanctuary.  There are a couple of nice loop trails here with quite a few man made bridges to keep you out of the mud.  Jessie again was enamored with a tree and we found a monster slug.  This guy was a fatty (pictures below).  As we looped around and got onto Founder Trail we came into an area affectionately known as woodpecker alley.  There were some amazing trees here that had really cool patterns from the local woodpeckers looking for bugs.  Amazing to see what they can do to a tree. (pictures below)

Once we completed the Collins loop I wanted to call it done but Jessie wanted to keep going.  We had trails to hike!  Off to Upper Macleay trail and Pittock Mansion.  So up we went and it was such a beautiful day I could understand not wanting to stop.  After being in a place where we saw maybe 3 people the Wildwood trail was packed in comparison.  We diverted up the steeper Upper Macleay to bypass a large group that smelled like they were doused in perfume and would not move very fast.  Intersected with the Wildwood and continued up the hill to the parking lot at Pittock Mansion.  We then crossed the parking lot and headed down the Wildwood to the road.  We considered that good then headed up to walk the mansion grounds.

It is funny in the 11 years we have lived here we had never been to Pittock, now in less than a month we had been here twice.  It is really a magnificent place.  Do the tour once (and if you are a local you can get a pass from the library for 2 adults and 2 kids for free admission).  Then just come and visit the grounds.  They have some amazing plants and the view is stunning.  (see pictures below)

After our wonder around the mansion we headed back down and did a little loop out to one of the local neighborhoods on the Macleay trail.  That is one thing that makes Forest Park so fantastic.  There is trail access all over town and on many neighborhood streets.  I would love to have that access from my house.

Once back from our loop we tied into Wildwood and finished back at the Audubon Society parking lot where we started.

Day 4 – 2 hours 45 minutes and iPhone said 5.99 miles.  I am not going to mess with trying to figure out the miles on three different areas on the mape to get a closer approximation so I am calling it at 6 miles.

Total – 17.79 of 80 miles but the backtracking issue % is jacked now.  We heard it was closer to 100 miles with backtracking so we will call it 17.79% complete (this is not scientifically complete).

Total Dog Count: 5 more so 20 (should have been counting slugs – as you can see below, Jessie wanted to get into the action) 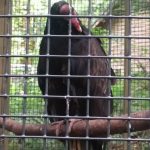 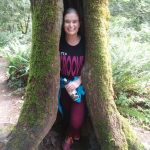 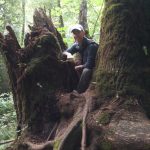 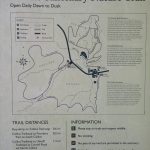 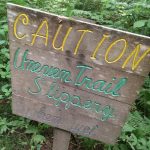 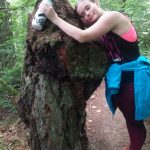 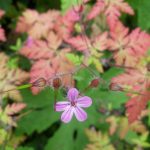 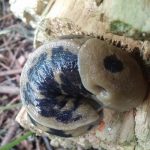 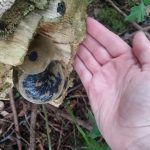 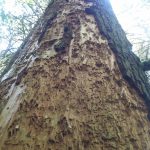 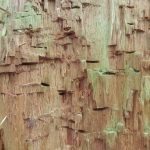 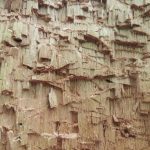 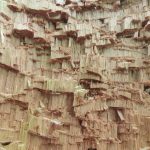 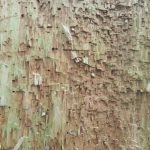 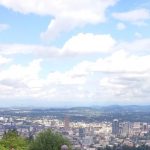 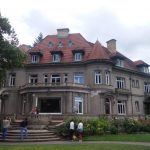 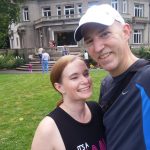 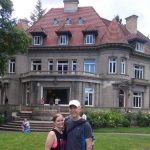 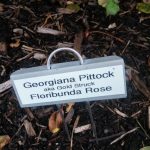 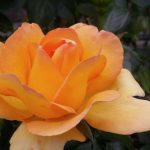 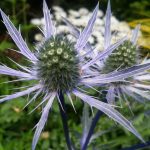 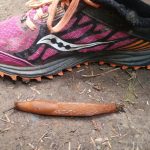